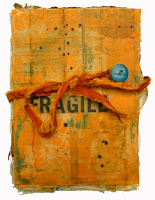 Ole was a neighbor of ours when I was growing up on the farm in Kent, WA.  She, in fact, suggested my name to my parents which was accepted.  I loved going to Ole's house to hang out.  She had a huge old farmhouse and barn.   We were not allowed to go in the barn by ourselves though.  There were cats and dogs, cows, a horse or two, and an old pony.  The animals changed with the seasons it seemed

When I graduated from the University of Maryland I moved back to the Seattle area and lived with Ole for about nine months.  During that time she got very sick and had to enter the hospital.  She never returned to the house and I was left with the responsibility of the animals.  Finding homes and taking care of her wishes was not an easy task.

I found the picture of Ole in our farmhouse living room.  Ole is on the left.  My favorite memory of Ole was the amazing cinnamon rolls she would bake each Sunday.  She baked them in a wood burning oven.  You know how hard it is for kids to wait for something. Sunday mornings I would jump on my bike and race to her house thinking for sure that the cinnamon rolls would be ready. They have to rise!  Why does it take so long for that process?  I still remember the pat of butter melting on them.  They were just about the best!
Posted by john at 9:31 AM

Love this work John and your story of Ole.
How wonderful to keep her memory in with your beautiful art.
I bet she is pleased.

Every time you post the cover of your 'shabby' journal, I just think it's the best colour ever!