When I was working on this card I accidentally decollaged the white portion you see above the gentleman’s right eye.  I thought about what to do about it for a few days and then decided to leave it alone as I liked it the way it was.

Today I found an island called Cruit.  It is in the country Donegal.  I just happened on it and I fell in love with it.  There were thatched cottages to rent out that were adorable.  I was snooping around  and looking at the sea when all of a sudden a black dog brushed up against me.  I was startled of course but I just started talking to the black Labrador.  He was a puppy just checking me out.  He wanted to play so he would run ahead and come bounding back to me.  I pretended to go after him and he would run away again.  He was the cutest dog and he let me pet him.  I never found his owner.  Perhaps the owner sent him out to see who I was.

I went to Glenveagh National Park after a great halibut and chips lunch on my way home from the island.  The park property was given to the Irish government by an American.  There is a castle hunting lodge for the main house.  So I took the tour.  Marilyn Monroe stayed there as did Greta Garbo.  The house was great.  Now to see if I can find an image to share. 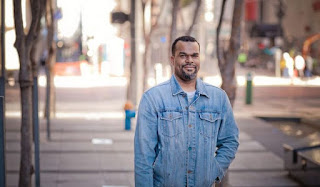 I agree, his hidden eye is perfect!
I love how you are traveling unscheduled.
That allows foe discoveries & petting pups!