Heading back to share more of the 52 Pickup series where we left off at the end of November.  Today I completed two new series.  One is a round robin but I won't be showing it off until December 2019 after everyone who is participating gets their postcards.  The other one is a series of 26 pieces which are also ATCs.  They won't debut here until later in 2019. 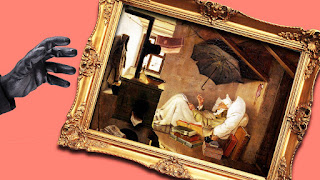 John you are amazing! How in the world do you get so much done in a day?